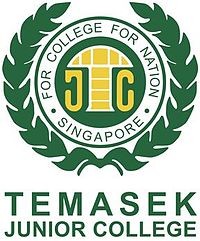 His ex-student
by Nadiya Nesseer 4 years ago

Mr Chew has always been very encouraging and patient when explaining Mathematical concepts to me. With his passion for the discpline apparent, he makes difficult concepts easy to handle and he is an extremely dedicated tutor who goes out of his way to help his students. I am very thankful for all the assistance Mr Chew has given, making the A Levels exams less daunting for me.

Ex student
by Guest 4 years ago

Before I talk about Sze Chong and how his way of teaching has changed me, I suppose I should talk about teachers in general. Teachers in Singapore tend to follow a certain trend: “Teach, Grade, and Sleep”. Then at the end of the month, receive their salary and repeat the cycle all over again. This tends to lead to uncaring teachers that sometimes cannot be bothered by what their students achieve, as ultimately, the salary is what matters. But of course, there is always those that choose to be different, those that choose to be something more, for their students and for themselves. I am fortunate to have met not just a few, but multiple teachers that have went the extra mile for me, to ensure that my education was as smooth-sailing as possible, despite no visible benefit to them. One of them, as you might have guessed, was Sze Chong.
My honest first impression of Sze Chong when he was first introduced to me was that he didn’t seem to be very special. He looked like many other tutors that had come before him, here to teach for a few hours and then leave with the fee. However, as time passed I realized that he had a passion for his subject of expertise, mathematics, and understood every single concept in the Junior College (JC) syllabus very clearly. I was a lazy student, someone who did not wish to put in the effort despite desiring better grades, and he recognized that very quickly. He pushed me, with increasing intensity and never gave up, even when my results was not reflective of the effort he has poured into me. He knew that mathematics was not a subject that I could improve in over-night and provided help free of charge through mobile apps when I was stuck at a question or when I could not understand something.
One thing that Sze Chong did for me that many teachers did not was that he recognized my strengths. Through tutoring me he realized that I understood concepts very quickly, but the reason for my multiple failures is due to my lack of diligence. While this may seem like something insignificant, I must admit having someone who acknowledged my strengths gave me confidence that I never had before and a much bigger drive to make up for my weaknesses.
The ‘A’ Level Exams were soon approaching and things were getting stressful. Knowing this and despite having a busy schedule himself, Sze Chong offered me and his other students lessons for free at public locations(Macdonalds), without needing any form of reciprocation. His sincerity and dedication to his students achieving desirable grades is rare to find, and I definitely appreciated his efforts during that stressful time.
Thanks to his guidance, I changed the way I studied. He made me understand the importance of getting good grades during the ‘A’ Level Exams and the doors it would open for me in the future. I became a lot more disciplined and focused, practiced diligently every day. Every time I encountered a problem, with just a camera shot and a few text messages, he would reply with a clear and detailed answer, allowing me to quickly understand the solution and move on. Slowly, I got used to the questions and eventually, got the A in the exams.
To end things off, I suppose I could have just simply said at the beginning that Sze Chong helped me to achieve an A in my A Levels, which is probably what you were looking for in the first place. But I hope that, through explaining my A Level Mathematics journey with Sze Chong, I could better show you the contributions that Sze Chong has made for me to attain that A. It is often not the result, but what happens behind the scenes that makes the true and significant differences for a student. Ex-student, friend
by 4 years ago

There are so many positive character about Mr Chew. He is very professional in maths and is able to break down complicated JC maths concept into simple ones. He is one of the patient teacher I have met and he always goes the extra miles to make sure that we understand. Unlike most teachers, Mr Chew is a truly caring and responsible teacher that really bonds with the student. I respect him as a teacher due to his professionism and as a friend, he really shows me how far a teacher can go beyond duty to do whats best for the student. He is indeed one of the best teachers in my education career and I often feels so lucky to be able to have him as my maths tutor, helping me out through all the tough times in JC. Mr Chew is not just talented in maths, he is a wise man that is able to provide insights and give life advices whenever I encounter a problem in life. Its really a 10/10 experience with Mr Chew and I wish more could benefit from him. Ex-student
by 4 years ago

Mr Chew had been one of the best math tutors I have ever had. He helped me understand abstract concepts so that not only did I do well on tests, but I also built a strong foundation for future assignments and classes. Mr Chew was courteous and professional and always went the extra mile to accommodate my schedule. I highly recommend Mr Chew for all your tutoring needs.

Hire or Ask a Question?

ManyTutors will check with Sze Chew and will get back to you.