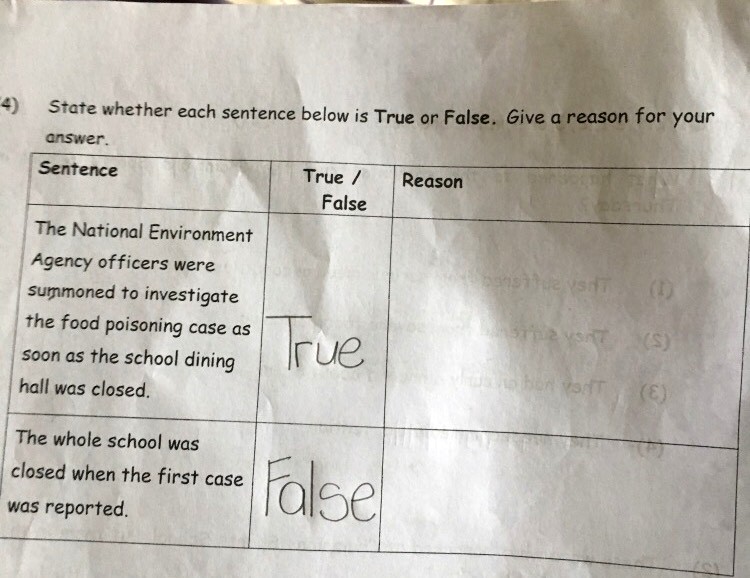 Primary 4 | English
One Answer Below

I don't know the reasons. Please help.
Subject: English not Maths!! (Maths is the only option for the subject.)
PASSAGE
____________
It was reported that one hundred and thirteen Champions Sports School students suffered from severe food poisoning on Thursday at its campus located in Woodlands. Eighteen cases were diagnosed to be in serious medical condition and needed immediate attention.
The first case of food poisoning was reported by a student from the school's swimming academy who had an early dinner at about 6 p.m. on Thursday. The school dining hall was closed at around 7 p.m. and the National Environment Agency officers were immediately summoned by the school to conduct a thorough investigation. Students who staying in the school's boarding house were informed about the outbreak the following morning.
"This is the first time this kind of incident has happened in the school. We would like to assure parents and students that we would take all necessary measures to make sure that there will be checks on the quality of food served for the students," said the principal, Mr Yong.
Eighteen of the students who had symptoms of food poisoning were sent to the Singapore General Hospital. Half of them were given medical leave and were exempted from school and training for five days . The rest of the students were given medication and were advised to rest. 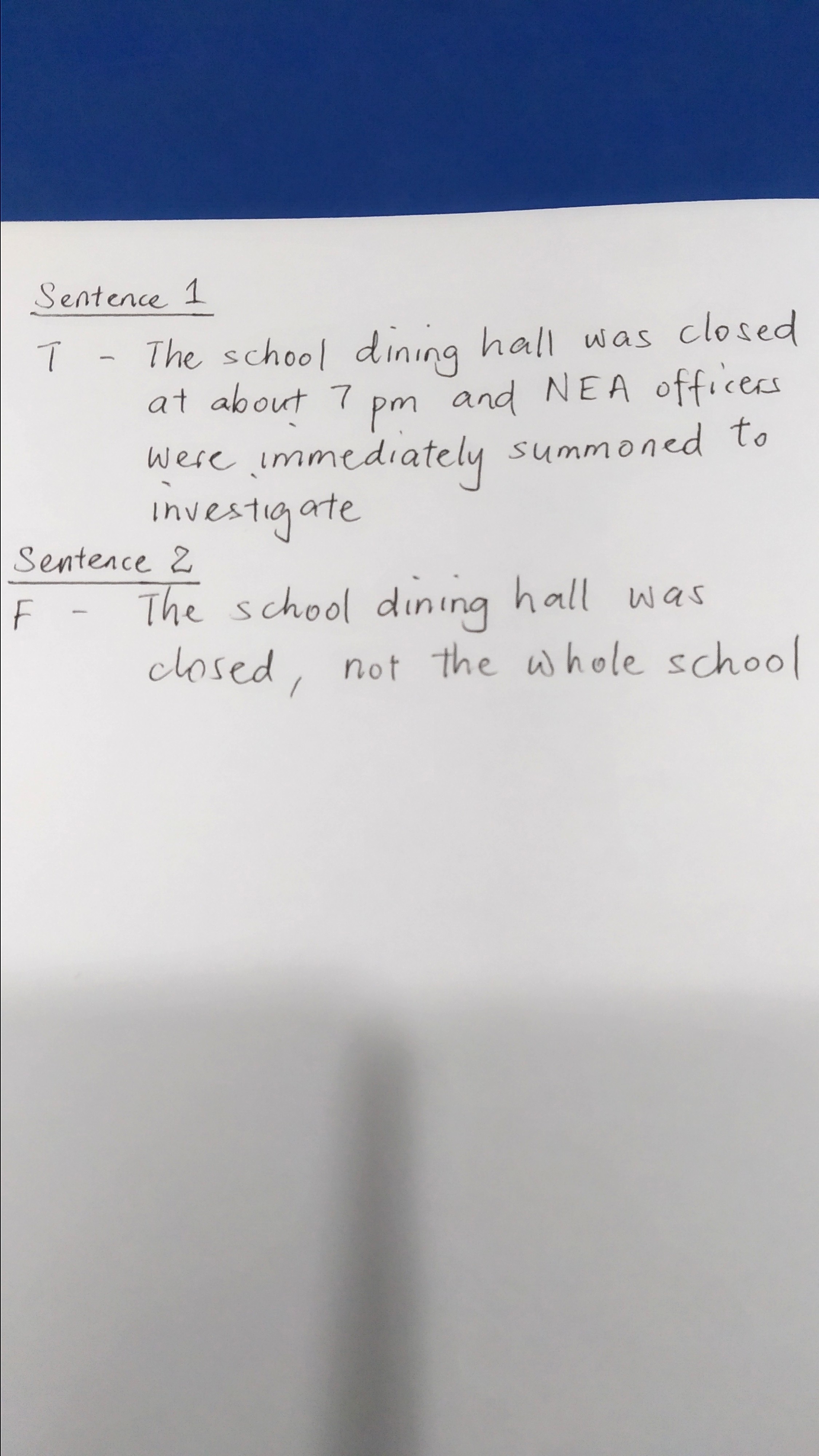