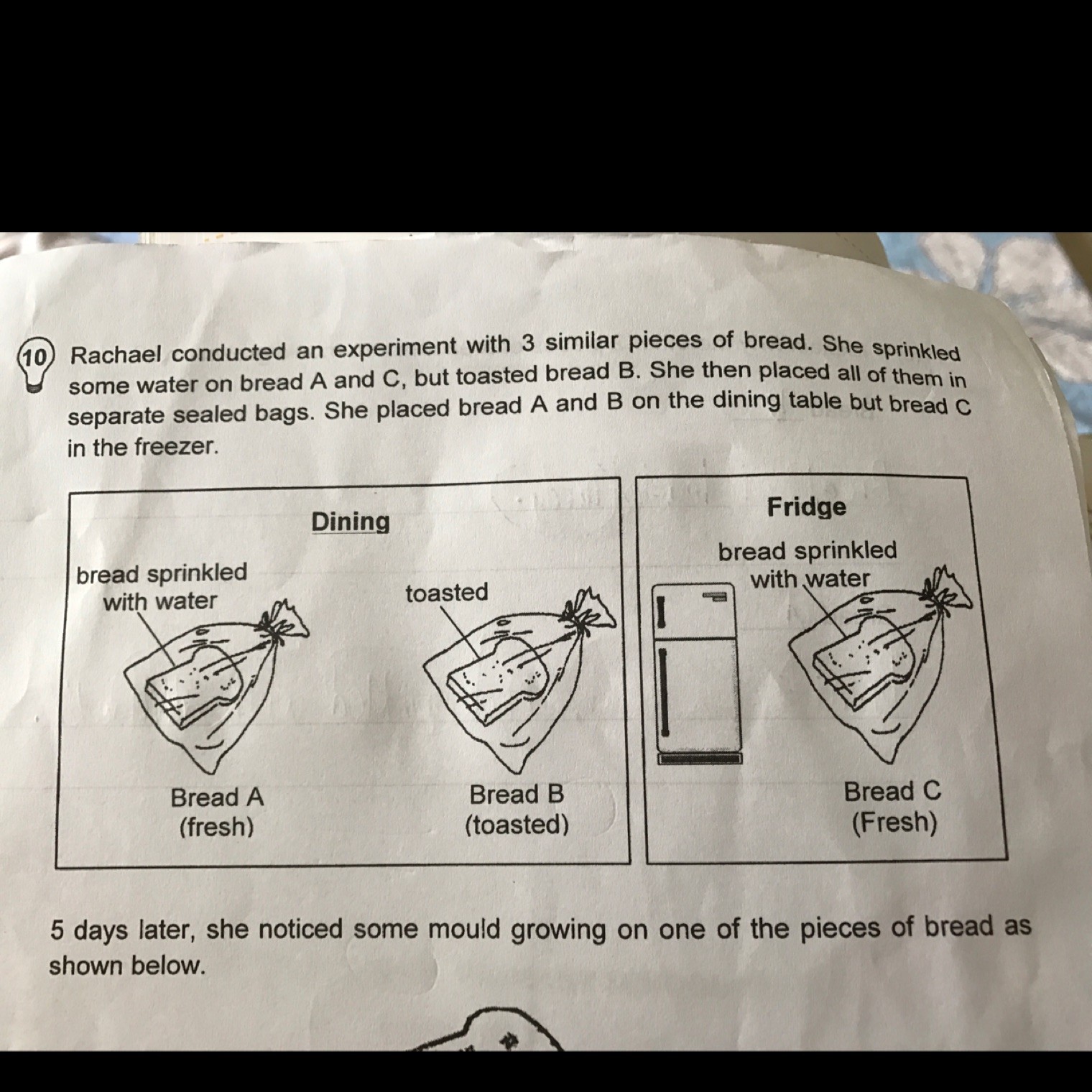 Primary 3 | Science
One Answer Below

Explain which two bread had no mould grown on it and why? 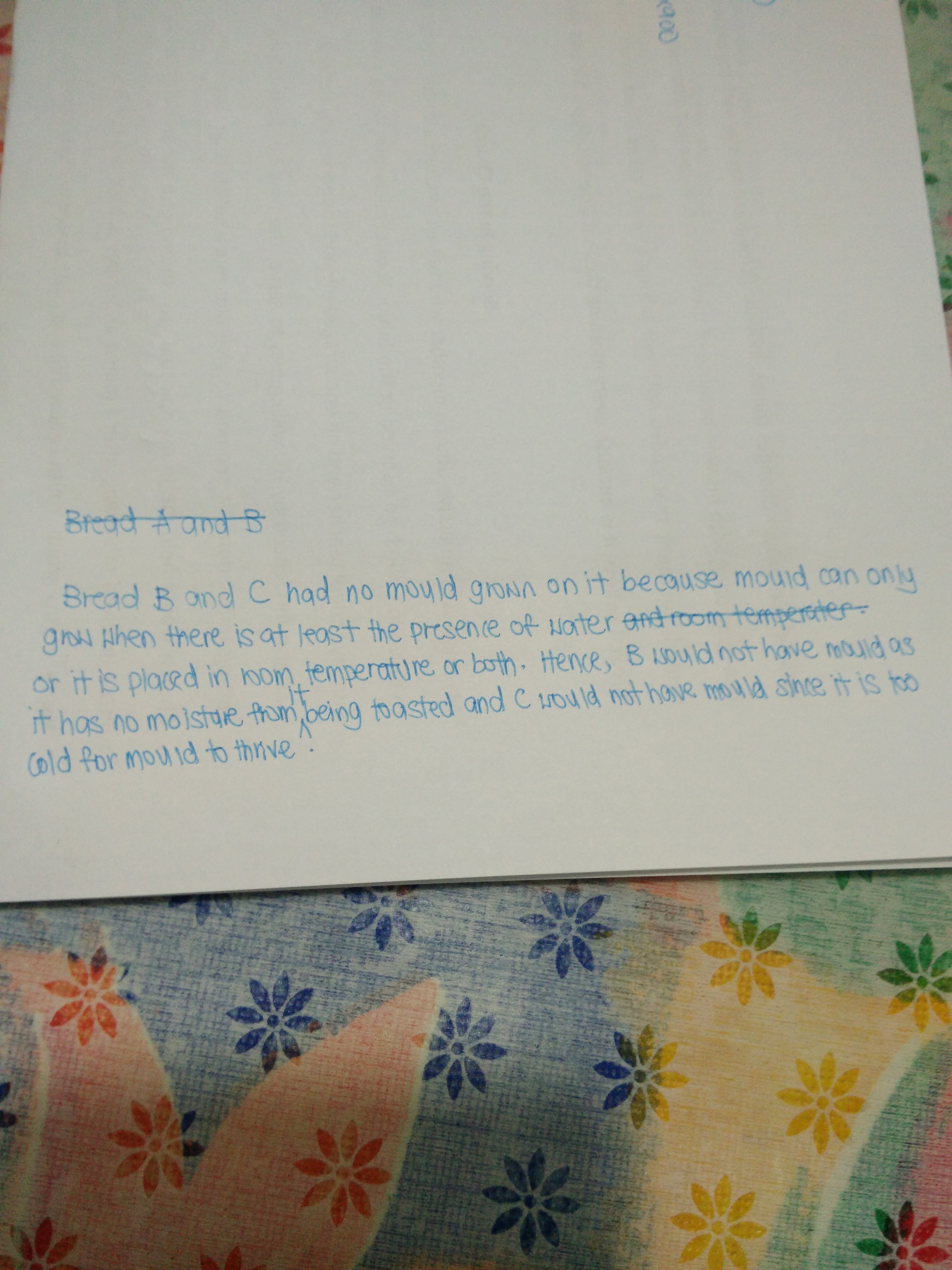